For the last year, we’ve had the opportunity to meet and interact with a strange and wonderful mix of people that are drawn to the world of cannabis investing. We have noticed a growing relationship, a marriage of sorts, between the cannabis crowd and the business world. Although this seems to be a marriage that neither wants, both desperately need it, because the stakes are too high to get it wrong.

This isn’t the ceremony, cannabis isn’t fully legal yet. This is just the rehearsal; the first time both sides of the family really get to meet and interact. Gathered before our altar today are the metaphorical bride and groom. Her, well-dressed in a pinstripe business skirt and blouse, her hair up in a no-nonsense bun. He, bearded and a scruffy, casually sporting his favorite pair of jeans and a t-shirt featuring a picture of Marc Emery. Neither seem too pleased with the arrangement, but here they are.

Truth be told, the bride and groom don’t really like each other. She thinks he’s smelly and he thinks she doesn’t “get it”. They are both probably right. But she has a lot of money and political influence that he needs to help go fully legal and mainstream. And he has experience and insider connections that she absolutely needs to be successful. Together, they’ll be able to make a legal cannabis dynasty that will take care of both families for a long time.

On the bride’s side, there are some well-dressed, wildly successful men and women. They come from eclectic business backgrounds; finance, agriculture, the tech sector. They see cannabis as an amazing investment opportunity and wouldn’t miss this wedding for the world. They understand that the emerging market can and will generate a whole swath of economic activity that they can capitalize on. Some of them have limited experience with cannabis, some haven’t even tried it. But for many that’s hardly a concern, they simply require a niche, a plan, some skill and some capital and they can make their way. Many are just blue collar men and women interested in escaping the 9 to 5 soul-crushing rat race that is the American worker’s existence. They are optimistic about the prospect of legal cannabis, though they are wary of the groom’s strange family.

“These people are positively unemployable. What am I supposed to do with someone who has two felonies?” whispers a businessman. “I wish we could have the plant without all of the riff raff. Cannabis leaves…bong hits, how are we supposed to market this?”, says another. One woman leans in, “You know, if we keep the barriers to entry high enough, they won’t be able to compete.” The others nod in agreement and proceed to discuss methods of minimizing tax losses.

The groom’s side is a decidedly different crowd. They vary in age and status; many in their teens and twenties, a large number of middle-age and middle-class folks, some octogenarians. Some on this side are brilliant farmers, scientists, and students. Some have been fighting for legalization for decades and many bear the scars. A good many have felony charges, have faced employment discrimination, police intimidation and constant social stigma. They have tattoos and clothes made from hemp. These are the consumers, and they are equally excited about the prospect of legal cannabis. No more hiding their favorite social activity from the police, no more dealing with sketchy drug dealers. Finally, their lifestyle will be mainstream. But they are not at all pleased about the bride’s family showing up.

Where was big business during the decades of fighting for legalization? Nowhere to be seen. And what will happen to the cannabis culture with these people involved? Will it become just another commodity, to be shrink wrapped and sold at Wal-mart?

“Sellouts!”, the consumers sneer across the aisle, “Damn carpetbaggers.” One woman shouts, “We should just restrict it to personal grows! Nature shouldn’t be sold!” The others nod in agreement. One man pipes up, “We should restrict businesses to just locals”, the others nod affirmatively. “Those greedy bastards don’t know a spliff from a blunt!”

The human cost of these arguments are perhaps lost on the majority. There’s another party to the wedding that really just wants the ceremony to conclude so that she can get her medicine. The flower girl sits quietly in the aisle, her chemotherapy treatments have left her bald-headed and sleepy-eyed. She tugs impatiently on the dress of a nearby woman, “Do you think they’ll be done arguing soon?”

We hope so. But probably not. 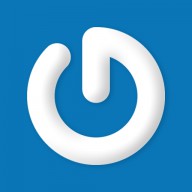 Can you invest in Cannabis?